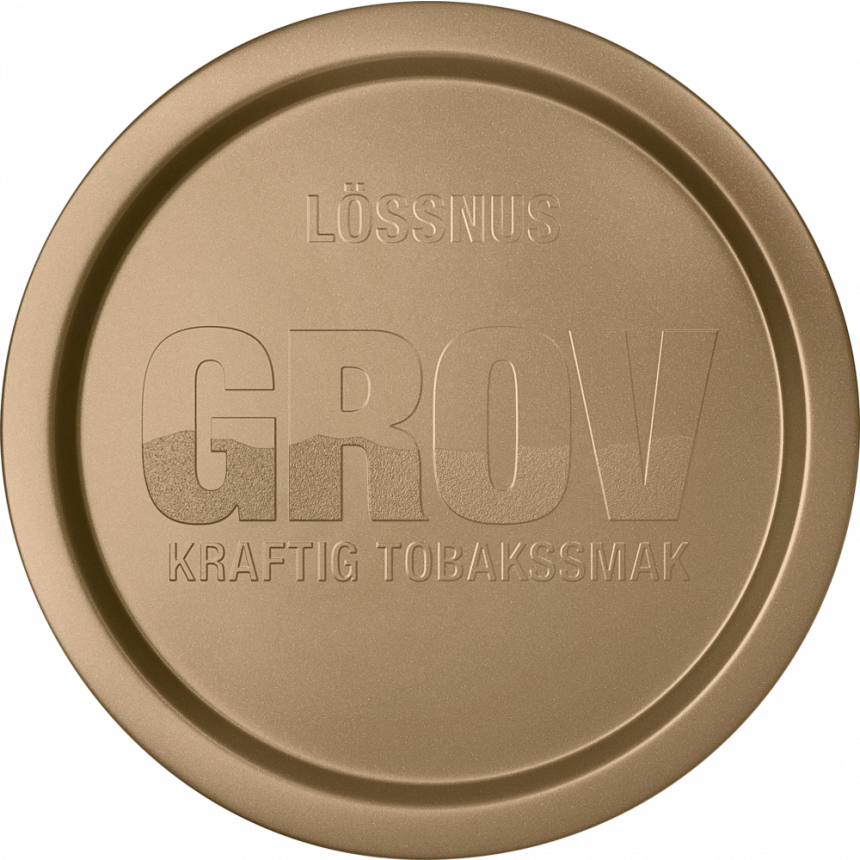 Grov snus is something that is much appreciated, especially in Sweden and Norway. Grov Loose snus is a loose snus that is clear and traditional in its tobacco taste. With a pure taste of tobacco and a rounded aftertaste. A Swedish snus of the highest quality.

Grov is characterized by a distinct, dark tobacco character. For loose snus users – as opposed to portion snus users – Grov is easily recognizable thanks to its coarse grind, unlike traditional snus which is almost always finely ground. The history of Grovsnus began back in 1840 with Willhelm Hellgren, who quickly became a rival to the largest snus-manufacturer of the time; Jacob Fredrik Ljunglöf, founder and producer of our most traditional snus Ettan. Like Ettan, Grovsnus is now one of Sweden’s oldest snus brands, trademarked already in 1872.

The history of Grov begins with Willhelm Hellgren. While working at the offices of Aspelin Tobacco Factory in Stockholm, Hellgren was determined to gain as much experience and learn as much as he could about the tobacco industry and dreamed of one day starting his own tobacco business. In 1840, his dream came true, and within a decade he owned Sweden’s third-largest tobacco factory as well as a chain of tobacco stores across Stockholm.

During the 1900s, the Grovsnus brand became well known for its special recipe, which stood out from the recipes of other producers. W:m Hellgren & Co’s portfolio at the time included Gotlands Rapé, Patent Snus, Mörkt snus, Ankarsnus and Grovsnus. Today, only Grovsnus remains.

It is from this tobacco-rich, coarsely ground snus recipe created by W:m Hellgren & Co in 1872 that today’s Grov originates. Based on this historic loose snus recipe, Grov was launched as a Portion snus in 1983 and as a White Portion 20 years later. For users of strong, we also offer Grov Strong Portion. All products in the Grov family are known for their dark, rich tobacco flavor.

Grov is made by Swedish Match. Click here to see what else they have to offer.