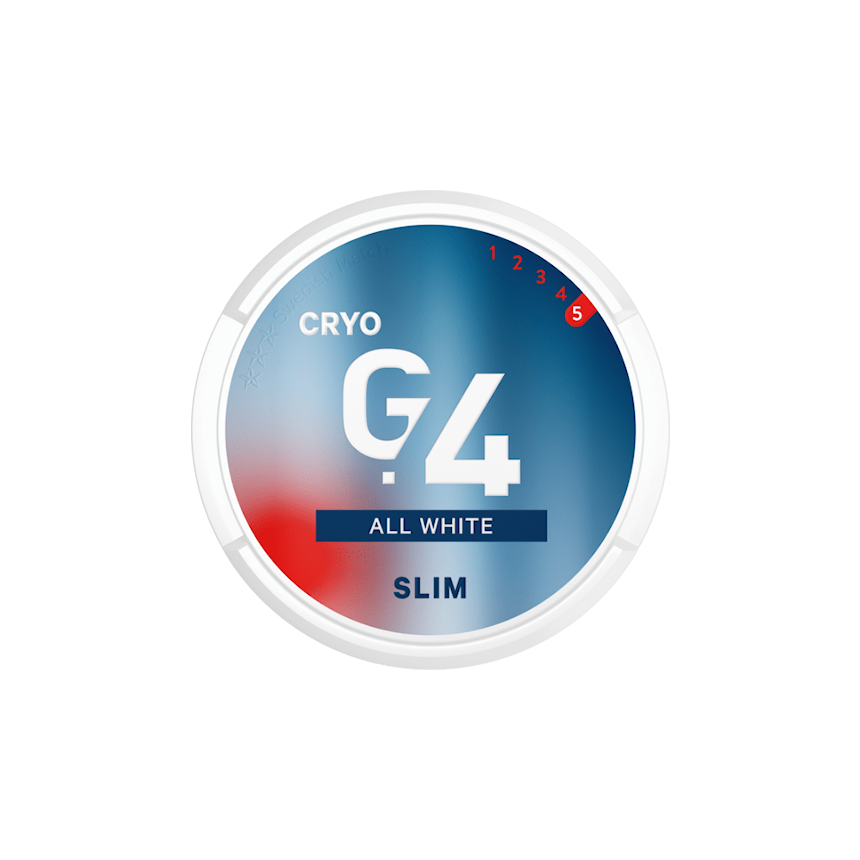 A mellow and spicy character with distinct notes of peppermint and eucalyptus along with hints of vanilla. A long and narrow all white pouch with an optimized fit that has a dry surface with a moist content for low salivation and a long lasting release of flavour.

More than 150 years ago General was launched as loose snus. In the 80s, portion snus and thus the second generation of General came out. G.3, launched in 2014, was the third generation with higher strength and pouches in the Slim format for lower runniness and an optimized fit. Now Swedish Match is presenting G.4 – the fourth generation of snus from General and the latest step in developing the snus of the future.

Snus users request products to be whiter, but don’t want to sacrifice the traditional snus experience. Thanks to Swedish Match's new technology, with G.4 they were able to create a completely white pouch with the same consistency and feeling as traditional White Portion snus, but without any taste of tobacco. They call this format All White.

Through a composition of fiber and a small share of light tobacco, G.4 is an All White snus before, during, and after use. The pouch has a soft fitting, low runniness and delivers the same nicotine experience as traditional White snus from Swedish Match. Additionally, the pouches are in a Slim format, a long, but large pouch for an optimized fit under the lip.

The first product in the G.4 family is G.4 Blue Mint, which has a subtle mint flavor with a note of peppermint. The cans are equipped with their new tear-off banners, which make the packaging six times tighter than their regular packages. It contributes to a longer durability in both taste and consistency of the snus before opening. The label is to be simply teared off before opening the can.

Today there are two brands with snus in the new All White format from Swedish Match – OMNI and G.4. Through a composition of fiber and a small share of light tobacco both products are All White before, during, and after use. Entirely without taste of tobacco. So what exactly is the difference between those products?